Our culture seems to be obsessed with superheroes. There’s Batman and Batwoman, Superman and Supergirl, Spiderman, Ironman, the Hulk, Wonder Woman, Captain America, Thor, The Green Lantern, the Flash, the Atom, and others. Northstar is a gay superhero. The new Spiderman is multiracial. The Black Panther and the Falcon are black superheroes. And these are just the ones based on comic books. In the movies and on TV we get Hancock, Flash Gordon, Robocop, Darkman, the Teenage Mutant Ninja Turtles, the Rocketeer, the Phantom, the Power Rangers, etc. And who can forget the cartoon superheroes like Underdog, Mighty Mouse, and Darkwing Duck? There have been 10 or 11 Batman movies, about 6 Spiderman films, and several combined superhero films (“The Avengers”). They have made millions of dollars. In a related category are all the Star Wars films, where the good guys rely on a supernatural power called “The Force.” They too have made millions of dollars. And many modern video games are variants of these same ideas, featuring characters with special powers.

Interestingly, the ancients had their versions of superheroes too. The demigods like Achilles, Hercules, Aeneas, Helen of Sparta (or Troy), Orpheus, Perseus, and Romulus were part human, part god, and supernatural abilities, qualities, and powers were attributed to them. Then, when a good Roman emperor died, it was believed that his spirit joined the company of the gods, thus making him semi-divine and a connection that humans thus had with the gods. And then there were sorcerers who claimed to be able to tap into, and manipulate, divine powers. All of these things were core elements in the ancient world, not fringe elements. In other words, the idea of having people around who were superhuman in some way was just as fascinating and important to the ancients as superheroes are to our culture today.

What does our culture, and the ancient culture, find so attractive about superheroes that we keep inventing new ones and keep finding new story lines for the old ones? What is this obsessive need for superheroes? It begins with a simple, common  premise: evil is a power that ordinary humans cannot defeat. In fact, the evil characters in most superhero stories are evil supercharacters themselves, and it is quite often the case that these evil supercharacters are out to take over the world (or the universe, like Darth Vader). They have tapped into some supernatural source of evil (even if it is the power of being a genius, like the evil character Lex Luthor, Superman’s enemy, or Otto Octavius, the “mad scientist” who is Spiderman’s enemy) and they are using it to destroy the existing world and make a new world of evil in which they are the kings. Because evil characters have tapped into some kind of supernatural power, it also takes some kind of super power to defeat them.

So the basic idea behind every superhero is that all superheroes do battle against some form of evil (even the demigods in ancient Greek culture were basically warriors). That’s why they are heroes. What makes them so special, though, is that they can fight evil in a way that normal people cannot. They can accomplish victories that are beyond the abilities of ordinary humans to accomplish. They right wrongs, they bring justice.

Another element common to superhero tales is that they are otherwise normal people (there may be an exception or two to this; I’m not an expert at superheroes!). Superman came from another planet but otherwise lives an ordinary life as a reporter (Clark Kent). Spiderman is the ordinary guy Peter Parker. Ironman is Tony Stark. Underdog is a shoeshine boy (dog). Batman is the ordinary (millionaire!) guy Bruce Wayne. Sure, Batman does not have superhuman powers, but he has a genius intellect and his fighting skills are perfect (and these are his “superpowers”). But for superheroes, you don’t even recognize their super powers when they are acting like ordinary people. In fact, they sometimes have to “play dumb” to keep their real identities a secret. But in spite of their ordinary appearances, they are really something far from ordinary.

What I find most interesting, though, is that all of them are pale imitations of Jesus. Every one of them is a modernized, culturalized, and fictionalized version of what we are told about Jesus. In other words, Jesus is the reality, he is the real, true superhero, and all of these others are fakes. Jesus does battle with cosmic forces of evil and defeats them for us (Eph 4.8; Col 2.15). He came to earth as a man, and few people recognized that he was not just a man. But he accomplished what we could not accomplish for ourselves. As a result of his work, we no longer have to be bound by evil, sin, and death.

I am in no way trying to reduce Jesus to the idea of a comic book superhero. Quite the opposite. I’m saying that Jesus really is everything that people are looking for in these fictional superheroes.

So if Jesus is the real superhero, if the story of Jesus is not just optimistic fiction, then why don’t more people come to him and join with him? 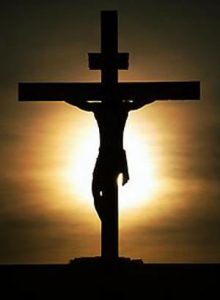 The answer lies in the demands Jesus makes upon his followers. You see, when Superman saves the day, no one has to repent. The bad guy is defeated and captured and everyone gets to go on living their lives just the same as before. When Batman comes in and beats up all the villains, he doesn’t then go around the city telling everyone that they too, are villains. In fact, Batman cooperates with the local authorities, he joins forces with them. He agrees with them. When Ironman saves the city, he does not demand that everyone has to stop being greedy. Flash Gordon never spoke out against fornication. When a superhero saves the day, he makes it possible for our world to go on just like it is. That’s what people want – they want this world, just without the really bad guys in it. But Jesus was at odds with the religious leaders of his day and he condemned them as some of the worst culprits. In fact, the gospel says that all have sinned, that all of us have become the “bad guys” and the only way out is to submit to the demands of Jesus, who wishes to change us from our evil thoughts and ways and make us into new, pure people. Jesus says that our  old self must die, be crucified along with Him, and a new, righteous self must take its place. But the world doesn’t want that. They would prefer someone to come along, remove the “excessive” forms of evil, and let the rest of us go on practicing the “accepted” forms of evil. But that is not what Jesus is offering.

Furthermore, Batman comes when you call him. Just turn on the Bat-signal and he comes. Otherwise he leaves you alone. I suspect that many people wish Jesus was more like that — “stay out of my life until it I call, then come and save everything, and then let me go on doing what I was doing.” But those are not the terms that Jesus is offering. “Why do you call me ‘Lord, Lord” and do not do what I say?” (Luke 6.46).

Nobody wants a superhero who criticizes them or tells them they have to change their lives. As has been said many times, everyone wants a savior, few people want a lord. But with Jesus, they come as a package.

David McClister lives in Temple Terrace, FL. He married Lisa in 1980 and they have four children: Melissa (Temple Terrace, FL), Matthew (Merritt Island, FL), Meghan (Dickey; Bowling Green, KY), and Michelle (Dallas, TX) as well as three grandchildren. David was born in a south suburb of Chicago, IL and has worked with churches in Illinois, Indiana, Kansas, and Florida. He received an A.A. from Florida College in 1980, a B.A. in Classical Civilization from Loyola University of Chicago in 1983, an M.A. in Biblical Studies from Loyola University of Chicago in 1987, and a Ph.D. in Classical Civilization from the University of Florida in 2008 (Go Gators!). In addition to regular preaching (mostly at the Palmetto Church of Christ in Palmetto, FL), since 1996 David has been teaching at Florida College in the Department of Biblical Studies. He does not play golf, but he rides his motorcycle at every chance he gets. He believes that the Bible needs to be understood first in its original context, but also that the Scriptures are God’s unchanging word to man and fully relevant to our lives today.
All Posts