In Genesis 15:6, we are introduced to a universal principle of salvation. Whether we are referring to the people of the Old Testament or New, Jew or Gentile, under the Law or not under the Law, no one can be saved except by God counting their faith as righteousness. How well do we understand this concept? How is it that faith is counted as righteousness and how should that understanding change our service to God?

Genesis 15: Salvation as the Offspring of Abraham

God said to Abraham, “Fear not, I am your shield; your reward will be great.” These are not words simply to Abraham. We must remember that as the offspring of Abraham, whatever God promised him has been promised to us. Abraham was a stranger and sojourner in a land that was not his. He was surrounded by godless people who could crush him. But there was no reason to fear because God would be his shield and he would have a great reward. That is also our promise.

Abraham followed up with a question based on God’s previous promise. Sarah was barren; what about the offspring? You see, there is a reason Sarah was barren. Have you thought about that? Sarah herself said it in Genesis 16:2, “Behold the Lord has prevented me from bearing children.” Why would God do that? Because the salvation God was promising the world needed to completely be a result of God’s work, not man’s. Isaac’s birth pictures all kingdom people, that is, born from above (Cf. John 3:3).

God showed Abraham the stars and assured him that he could no more number his offspring than he could number the stars. Then there was this great statement, repeatedly quoted in the NT: “He believed the Lord, and he counted it to him as righteousness.” Abraham could not have been counted righteous any other way than by faith.

There is a common misunderstanding of this text. Many teach that this is the moment that Abraham was saved. The argument is, he didn’t do anything; he just believed and was saved. However, Hebrews 11:8 tells us that Abraham was already considered a man of faith long before this incident, when he obeyed God by leaving Ur and going to Canaan. Further, James 2:21-23 quotes this same text in reference to Abraham’s sacrifice of Isaac. There are three events in which Abraham was said to have faith, and that faith counted as righteousness. Therefore, we are not reading about Abraham’s initial salvation, but how Abraham lived by faith. As Paul said, we are to “…walk in the steps of faith of our father Abraham” (Rom. 4:13).

“What then shall we say was gained by Abraham, our forefather according to the flesh? (2) For if Abraham was justified by works, he has something to boast about, but not before God. (3) For what does the Scripture say? “Abraham believed God, and it was counted to him as righteousness.” (4) Now to the one who works, his wages are not counted as a gift but as his due. (5) And to the one who does not work but believes in him who justifies the ungodly, his faith is counted as righteousness, (6) just as David also speaks of the blessing of the one to whom God counts righteousness apart from works: (7) “Blessed are those whose lawless deeds are forgiven, and whose sins are covered; (8) blessed is the man against whom the Lord will not count his sin.” (Romans 4:1–8 ESV)

The question is, “What did Abraham gain according to the flesh?” In other words, how did Abraham fare before God based on his fleshly life? Did Abraham’s moral righteousness justify him before God? Paul said, if Abraham were justified by the flesh (works), then he would be able to boast – “but not before God.” This brings up a flaw in us and in humanity. Let’s expose the flaw by this question: Are you 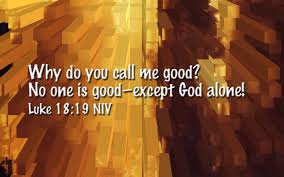 a good person? Most people would answer that question in the affirmative. But our flaw is our point of view. Just as in the text, the words, “he has something to boast about…” exposes us. That is, if Abraham compared himself to other humans, he would be able to boast. But then there are the critical words, “but not before God.” The reason he nor us can boast before God is because we are not good! That’s what Jesus told the rich ruler (Luke 18:19). Paul said earlier, “No one does good, not even one” (Rom. 3:12). It is the picture we get of Isaiah when he stands before God’s throne (Isaiah 6). Get a clue! Before God, we are filthy.

Now to prove that Abraham was not justified by the flesh, Paul quoted Genesis 15:6. Since God counted Abraham righteous by faith, he certainly was not justified by his moral righteousness. These two principles are opposite. Verses 4-5 illustrates why this is so important. “To the one who works,” that is, to the one who seeks salvation/justification based on his personal righteousness and doing certain religious deeds, that person would receive wages based on what is due and not as a gift. To understand this in today’s terms, Paul is referring to our approach to salvation. Do you find yourself realizing your sins and failings and responding by “hoping” God will save you, thinking that maybe you will have a chance if you can just do better? That is a good illustration of the “one who works.”

Who then is, “the one who does not work?” He is the one who does not approach his salvation on the basis of what he can do but on the basis of his trust in what God said he would do and did. That’s what Abraham did. Now ask yourself this question: Are you the one “who works” or the one “who does not work?” As you answer that question, note that Paul uses the word “gift” in reference to our justification. So, do you want “wages” for the life you have lived, or do you want a gift?

Now notice in verses 6-8 that Paul turned to David’s example to describe the phrase, “faith is counted as righteousness.” David said in Psalm 32:1-2 that to impute righteousness meant that God would forgive our sins. That means that God has actually made us righteous. With sins forgiven, we are righteous; we have no sin! What a gift! Do you know what our response to that should be? It is the same response as Isaiah: “Here am I send me!” We are no longer obeying God because we are hoping to be good enough that he will find it in his heart to save us. We are obeying God because his gift has touched us so deeply that we will give him every part of our life. We are no longer asking how much we have to do, but how much can we do! We love him because he first loved us (1 John 4:19).

“For if while we were enemies we were reconciled to God by the death of his Son, much more, now that we are reconciled, shall we be saved by his life.” (Romans 5:10 ESV)

Have you ever wished you could be as clean as you were the day you were baptized? That is the thinking of one who “works” and lives “according to the flesh.” Paul’s message is, if God would reconcile us while we were still enemies, how much more, now that we are reconciled, will we be saved by his life? If God saved us while we were enemies, he certainly is going to save us now that we are reconciled. The Hebrew writer says it well: “Consequently, he is able to save to the uttermost those who draw near to God through him, since he always lives to make intercession for them” (Heb. 7:25). Jesus brought his own blood behind the veil and always lives in God’s presence to make intercession for us. You are as clean today as the day you were baptized.

Now, what will you do with God’s gift of, “counting your faith as righteousness?” 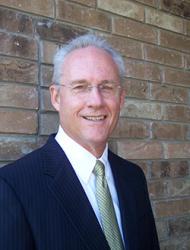