The "God of the Gaps"

he number of Americans who do not identify as “Christians” has grown dramatically over the last seven years. While the percentage of professed evangelicals, mainline Protestants, and Catholics has dropped – in some cases quite dramatically – the percentage of those described as “unaffiliated” rose from 16.1% to 22.8%. It would be a mistake to assume that all of those respondents labeled as “unaffiliated” are militant atheists, but it would also be a mistake to ignore this very clear trend in the religious landscape of America.

These survey results only underscore the need for Christians to be able to articulate a reasonable defense for their faith. I hope that the series of articles I have written over the last few weeks has offered you some ideas for how to approach some of the common challenges leveled against Christianity. In this final article in the series, I want to address an argument against religious faith cast in terms of scientific progress. During a discussion on a social media website, an unbelieving friend of mine posed this challenge:

I think I understand the point my friend is trying to make. Through the centuries, many earnest believers have attributed unexplained phenomena to God. If there was no natural explanation for how something worked or why something existed, the only possible deduction was that it was a supernatural or divine work. For example, in the ancient and medieval world, some writers attributed the motion of celestial spheres to angelic movers. But once the scientific laws of gravity and planetary motion were discovered, this gap in our understanding shrank and there was no need for a supernatural explanation. And over time, as our scientific knowledge has expanded, more and more of these gaps have shrunk, to the point that some people, like my friend, believe there is no need to posit any sort of supernatural reality. 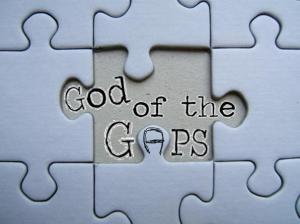 But is this portrayal of God, the “God of the gaps,” really the biblical conception of God? If there is one point I would like to stress in this concluding article of the series, it is that the best way to defend your faith is to understand your faith! And in this case, it is crucial for Christians to understand that the Bible does not teach the concept of the “God of the gaps.” The Bible does not teach that God simply created the world and then lets it putter along with an occasional intervention here and there. Instead, Scripture teaches that in addition to creation, God sustains the world moment by moment, so that if God were to withdraw His conserving power even for an instant, the world would be no more. As Paul explained to the philosophers in Athens, even the pagans understood of God that “In him we live and move and have our being” (Acts 17:28). According to the writer of Hebrews, Christ “upholds the universe by the word of his power” (Hebrews 1:3). “In Him all things hold together” (Colossians 1:17). God is not just the “God of the gaps.” He is the God of all reality. So the relationship of God to the created order is not like that of a blacksmith to a horseshoe, who simply hammers out a piece of iron which can then exist on its own as a horseshoe, independently of the blacksmith. Rather, it is like the relationship of a musician to the music. If the musician stops playing, the music stops!

And from this biblical point of view, all of the processes we see that on our end we call “natural” are in fact descriptions of God’s sustaining power. We think in terms of agricultural cycles and weather patterns. But Paul says that these are the works of God. “Yet He did not leave himself without witness, for he did good by giving you rains from heaven and fruitful seasons, satisfying your hearts with food and gladness” (Acts 14:17). Sometimes, God works in unusual or extraordinary ways – what the Bible refers to as miracles. But we must never forget that since God is sustaining the entire natural order moment by moment, even the most mundane aspects of the natural world are ultimately the work of God.

10 You make springs gush forth in the valleys;
they flow between the hills;
11 they give drink to every beast of the field;
the wild donkeys quench their thirst.
12 Beside them the birds of the heavens dwell;
they sing among the branches.
13 From your lofty abode you water the mountains;
the earth is satisfied with the fruit of your work.
14 You cause the grass to grow for the livestock
and plants for man to cultivate,
that he may bring forth food from the earth
15     and wine to gladden the heart of man,
oil to make his face shine
and bread to strengthen man’s heart.
16 The trees of the Lord are watered abundantly,
the cedars of Lebanon that he planted.
17 In them the birds build their nests;
the stork has her home in the fir trees.
18 The high mountains are for the wild goats;
the rocks are a refuge for the rock badgers.
19 He made the moon to mark the seasons;
the sun knows its time for setting.
20 You make darkness, and it is night,
when all the beasts of the forest creep about.
21 The young lions roar for their prey,
seeking their food from God.
22 When the sun rises, they steal away
and lie down in their dens.
23 Man goes out to his work
and to his labor until the evening.
24 O Lord, how manifold are your works!
In wisdom have you made them all;
the earth is full of your creatures.

With this in mind, consider again my friend’s comments about natural vs. supernatural explanations. In his statement he makes several assertions:

Now, let us apply to these assumptions the question that so bedevils the parent of every little child – “why?” Why does the universe work? Why is there such a thing as cause and effect? Why is the universe rational? Why are human beings rational?

I have answer to those questions as a believer. But it is extremely hard for me to see how someone who denies that there is a reality other than the natural world could possibly offer a reasonable answer to any of those questions. And that isn’t just my opinion. It is the conclusion of atheist physicist Lawrence Krauss, whose book A Universe From Nothing purported to show how the universe could have just popped into existence from nothing, only to concede, “I don’t ever claim to resolve that infinite regress of why-why-why-why-why; as far as I’m concerned it’s turtles all the way down.” And it’s the conclusion of David Hume, the famous skeptic philosopher of the 18th century, who essentially denied the existence of cause and effect, claiming that what we think of as “cause and effect” are really “loose and separate” events connected in our imagination.  And it’s the conclusion of prominent atheist philosopher Thomas Nagel, who has recently written regarding conscious minds that “a purely physical process cannot explain their existence.”

These basic issues – why there is a universe that works, why there are cause and effect relationships that are reliable, why the universe is intelligible and human beings are rational – are the sorts of facts that unbelievers take for granted in order to question faith in God, while failing to realize that the facts they are taking for granted cannot be accounted for without belief in God. It is why naïve and unreflective faith in naturalism must be rejected as utterly incoherent. And it is why we must call the world to give glory to its Creator and Sustainer, not a mere “God of the gaps,” but the gracious God who feeds the birds and clothes the grass and invites us to share His eternal, perfect love. 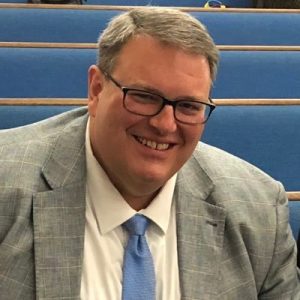