The Use of Precedents: How Jesus Reasoned from the Scriptures (Part 3)

In this series I have been thinking with you about the way we discern God’s will in Scripture. Many of us grew up hearing that there are three ways to establish biblical authority: command, example, and inference. Yet there is no passage of Scripture that spells out this formula. And since this approach often consists of excising passages out of context in order to find proof texts for traditional practices, many people have grown cynical regarding this hermeneutical model.

My goal in this series has been to approach the subject of biblical authority from the posture of Christ-likeness. How did Jesus reason from Scripture? In the last article we looked at the exchange between Jesus and a scribe regarding the greatest commandment in the Law (Mark 12:28-31). In that passage, Jesus appealed to the command to love God recorded in Deuteronomy 6:4-5 and the command to love our neighbor found in Leviticus 19:8.

In this article I would like to look at another exchange between Jesus and the scribes, this one involving an incident on the Sabbath day. Here’s the account in Matthew:

At that time Jesus went through the grainfields on the Sabbath. His disciples were hungry, and they began to pluck heads of grain and to eat. But when the Pharisees saw it, they said to him, “Look, your disciples are doing what is not lawful to do on the Sabbath.” He said to them, “Have you not read what David did when he was hungry, and those who were with him: how he entered the house of God and ate the bread of the Presence, which it was not lawful for him to eat nor for those who were with him, but only for the priests? Or have you not read in the Law how on the Sabbath the priests in the temple profane the Sabbath and are guiltless? I tell you, something greater than the temple is here. And if you had known what this means, ‘I desire mercy, and not sacrifice,’ you would not have condemned the guiltless. For the Son of Man is lord of the Sabbath” (Matthew 12:1-8).

The Sabbath was of particular concern to the Pharisees, and many traditions grew over time to elaborate on the various ways the Sabbath could be 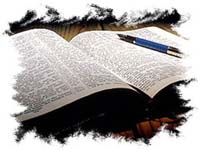 violated. In the view of the scribal tradition, to reap and grind more than a dried fig’s worth of corn was a transgression of the Sabbath command (m. Shab. 70b; see also Philo’s comments in Vit. Mos. 2:22). And it this tradition against which the disciples ran afoul. While the Law permitted the poor to glean from the field of a neighbor (Leviticus 19:9-10), the Pharasaic interpretation of the Sabbath denied that right on the Sabbath day.

Jesus’ argument to the Pharisees consisted of the appeal to two examples in the Scripture. The first of these was the example of David in 1 Samuel 21. While on the run from Saul and his henchmen, David and his followers came to the priestly city of Nob and asked for food. The only thing in the possession of the priests was the bread of the presence, which the Law clearly restricted to the priests (Leviticus 24:8; 1 Chronicles 9:32). In 1 Samuel 21:4, the priest offered this holy bread to the men “if the young men have kept themselves from women” – i.e., are in a state of ritual purity. The text later refers to the day the bread was taken away (21:6), which may imply that this event occurred on the Sabbath day itself.

Here then is Jesus’ argument. In the case of David and his men, the priests made a ruling that even though the Law restricted the holy bread to the priests, mercy toward needy human beings was more important than the regulation regarding the holy bread. And in the same way, denying needy human beings the access to food that would otherwise be available simply because it was the Sabbath day was a fundamental misunderstanding of the significance and purpose of the Sabbath. “The Sabbath was made for man, not man for the Sabbath” (Mark 2:27).

The point I want to emphasize here is that “in appealing to David Jesus was appealing to an example” (Leon Morris, The Gospel According to Matthew, p. 302). Jesus used the precedent set by David and his men and drew a conclusion from that precedent and applied it to the situation involving His disciples. The Pharisees would not have condemned David for eating this otherwise restricted bread, and the same principle that permitted eating bread from a sacred place also permitted eating grain on a sacred day.

Here is Jesus’ second argument to the Pharisees. By your own understanding of the Law, you admit that some commands may supersede the Sabbath command. You have no problem with the priests doing service in the temple on the Sabbath. You agree there is something greater than the Sabbath command that takes precedence – namely, sacrifice. According to Hosea 6:6, mercy is even greater than sacrifice, and if you admit that sacrifice takes precedence over the Sabbath, how much more so should mercy. Later, He will point out that they understood this principle when it came to animals, but not people (Matthew 12:11-12)! Once again, Jesus’ argument was based on an example from the Old Testament interpreted through the prism of mercy.

This exchange in Matthew 12 provides us with a great illustration of the approach Jesus took toward Scripture. He saw Scripture as authoritative, twice asking, “Have you not read” (12:3, 5). And He made use of the examples of Scripture as illustrations of the deeper principles of the Law, such as mercy. We can also learn God’s will by studying the examples found in the New Testament and drawing out the principles reflected in those apostolic precedents. 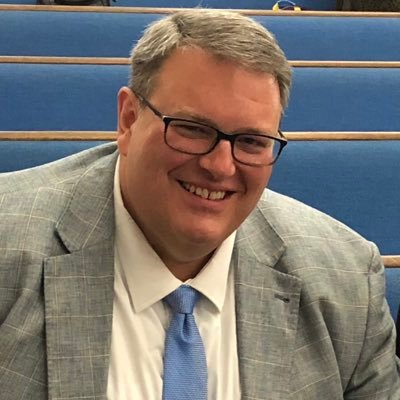