"They Pierced My Hands and My Feet"

The twenty-second Psalm offers a number of statements David penned by the direction of the Holy Spirit that find parallel and fulfillment in the agonizing and bitter death of Jesus. Among these is verse seven, where David cried out “All those who see Me ridicule Me; They shoot out the lip, they shake the head…” (NKJV). Matthew records of Jesus’ death “And those who passed by blasphemed Him, wagging their heads” (Matt. 27:39). In verse eighteen David declared, “They divide My garments among them, and for My clothing they cast lots.” Matthew points out this fulfillment in the death of Jesus, writing “Then they crucified Him, and divided His garments, casting lots, that it might be fulfilled which was spoken by the prophet: ‘They divided My garments among them, and for My clothing they cast lots’” (Matt. 27:35). In verse eight David says that his persecutors mocked him, saying, “He trusted in God; let Him deliver him.” Matthew tells us Jesus would hear these very words hurled at Him while on the cross—“He trusted in God; let Him deliver Him now if He will have Him; for He said, ‘I am the Son of God’” (Matt. 27:43). Perhaps the most famous fulfillment is drawn from the first verse of the Psalm, where David exclaimed, “My God, My God, why have You forsaken Me?” (22:1a)—the very words Jesus Himself would proclaim while on the cross (Matt. 27:46).

Another powerful statement from this Psalm that finds fulfillment in the death of Jesus comes in verse sixteen, where David declares, “For dogs have surrounded me; A band of evildoers has encompassed me; They pierced my hands and my feet” (NASB). Since at least the second century early Christian writers have seen in David’s words “they pierced my hands and my feet” a prophetic allusion to Jesus’ crucifixion. Justin Martyr wrote that in this Psalm David, “refers to the suffering and to the cross in a parable of mystery: ‘They pierced my hands and my feet…’” (Dialogue with Trypho 97; cf. First Apology 35). Tertullian, quoting David’s words in the Psalm, wrote, “‘They pierced,’ says He, ‘my hands and my feet,’ which is the special cruelty of the cross” (Against Marcion 3.19). In spite of this, some critics have questioned whether Jesus’ feet would have been nailed in crucifixion, arguing that the feet were not always nailed when victims were crucified. While New Testament writers do not specifically point out this fulfillment of David’s words in Jesus’ death, it is clear that Jesus’ hands and feet were both pierced on the cross. After His resurrection He told the disciples, “behold my hands and my feet” (Luke 24:39, NKJV). While the feet of all victims of crucifixion may not have been nailed many were. The Roman writer Plautus spoke of one put on a cross being fastened “twice in his feet and twice in his arms” (Mostellaria 2.1).

There is another issue that arises in this Psalm that concerns the very wording of this statement. In the footnotes of many of our Bibles we will find notation that instead of the words “they pierced” many Hebrew manuscripts read “as a lion.” Which reading is accurate and why would there be such a difference? When Hebrew writing first developed it did not use vowels. As odd as that may sound to us, in most cases it posed little problem. Much like the abbreviated shorthand that is now popular in electronic messaging, by writing out the consonants a reader familiar with the language could instantly know what was being expressed. When spoken Hebrew began to become less common, by the10th century A.D. a system developed of “pointing” (or vocalizing) the consonants to indicate the appropriate vowels needed for proper pronunciation. What was a scribe to do if the consonants offered a few alternatives? There are a number of cases in Hebrew where the consonant-only spelling of Hebrew words leaves two (or more) possible ways of interpreting a given word. Obviously, a scribe would make the best determination he could of what word applied.

In Psalm 22:16 the question revolves around how to vocalize the four Hebrew consonants  כארי (kʾry). There are two primary alternatives. First, we can understand this as representing the noun ʾari meaning “lion,” to which is added the prefix ka- meaning “like” or “as.” The problem with this is that it would make the last part of the verse somewhat incomplete without a verb. It would read, “A band of evildoers has encompassed me; as a lion my hands and my feet.” Now Hebrew can often function with clauses that do not have verbs, but in this case you would have to understand it to mean something like “as a lion (they bite) my hands and my feet” or “they encompass my hands and my feet as a lion.” The second alternative would be to understand this as the verb kʾaru meaning “to dig through.” The problem with this is that in the form we might expect here—“they dug through” or “they pierced” we would expect a different final letter. Instead of the Hebrew letter yod (י) the form that would mean “they” would have the final letter waw (ו). The fact is that some Hebrew “pointed” manuscripts do have this final letter. But the form adopted in the standard Hebrew “pointed” text, known as the Masoretic Text has the form that means “as a lion.”

We should remember that while the Masoretic Text is a remarkable and reliable example of careful scribal preservation of the text, it was copied and “pointed” long after the coming of Christ. Jewish scribes confronted with a choice between rendering this “they pierced” (which Christians had already begun to view as a prophecy of Jesus’ death) and “as a lion” (which would not have the same messianic overtones) might well lean toward the latter alternative with no deliberate desire to alter anything. Fortunately we have more evidence that contributes to our understanding of this issue. First we have translations of this text that are very ancient. The Greek translation of the Hebrew Old Testament, known as the Septuagint (LXX) made before the time of Christ translated this with a word that meant “they dig through” or “they gouge.” One could not argue that this came from Christian bias—it was done before the time of Christ. Second, as noted above early second century writers specifically drew a connection between the words “they pierced” and Jesus’ death. Why would they even make such a connection if it was not present in Old Testament texts that were before them? Third, other ancient translations made after the New Testament render the Hebrew with words that also mean “they dug” or “they pierced.” These translations include the Latin Vulgate, the Syriac Peshitta, and the Ethiopic Version.

While this evidence is compelling, there is a final piece of evidence that has come to light in more recent years that makes it clear the reading “they pierced” can be accepted with little question. A manuscript found in the Judean Desert among those texts known as the Dead Sea Scrolls contains this portion of Psalm 22. It came from the so-called “Cave of Letters” near Nahal Hever, a brook that runs between En Gedi and Masada, and is classified as 5/6 HevPsalm, Column 11, fragment 9. Although the text of this Psalm is very faded it is still clear enough to read the four Hebrew consonants כארו— kʾaru “they dug” or “they pierced.” This manuscript is believed to date to the first century, making it clear that the powerful wording of this moving Psalm was not the invention of Christian apologists (as some critics have claimed). It is in fact a powerful prophetic allusion to and parallel of the grievous suffering our Lord would endure on our behalf. 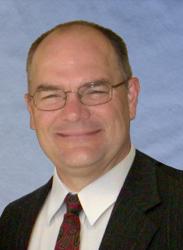 Kyle M. Pope (1963- ) has preached the gospel since 1987 for churches in Missouri, Arkansas, Alabama, Kansas, and Texas. He currently preaches for the Olsen Park church of Christ, in Amarillo, Texas. In 1982 he and his wife, Toni were married. They have been blessed with three children and two grandchildren. Kyle earned his B. A. from the University of Alabama (1997) in Humanities and M. A. from the University of Kansas (2000) in Greek and Latin. He taught Greek, Latin, and Classical mythology while at the University of Kansas. He has formally studied Greek, Hebrew, Latin, German, and Coptic, and has informally studied other ancient languages. Kyle has written a number of books, including the Matthew commentary in the Truth Commentaries series, Biblical Guidance Through the Stages of Life, The "Gender-Inclusive" Movement Among Churches of Christ, The Hardening of Pharaoh’s Heart, Harmony of 2 Samuel, Kings & Chronicles, Hope, the Anchor for the Soul, How Does the Holy Spirit Work in a Christian?, How We Got the Bible, "Ready to Give a Defense": Answering Our Friends' Religious Questions, and Romans in the Bible Text Book series published by the Truth Publications. Kyle also maintains a study website known as Ancient Road Publications that features material dealing with biblical studies as well as ancient langauage and archaeology.
All Posts